The major three parties: where they stand on natural therapies 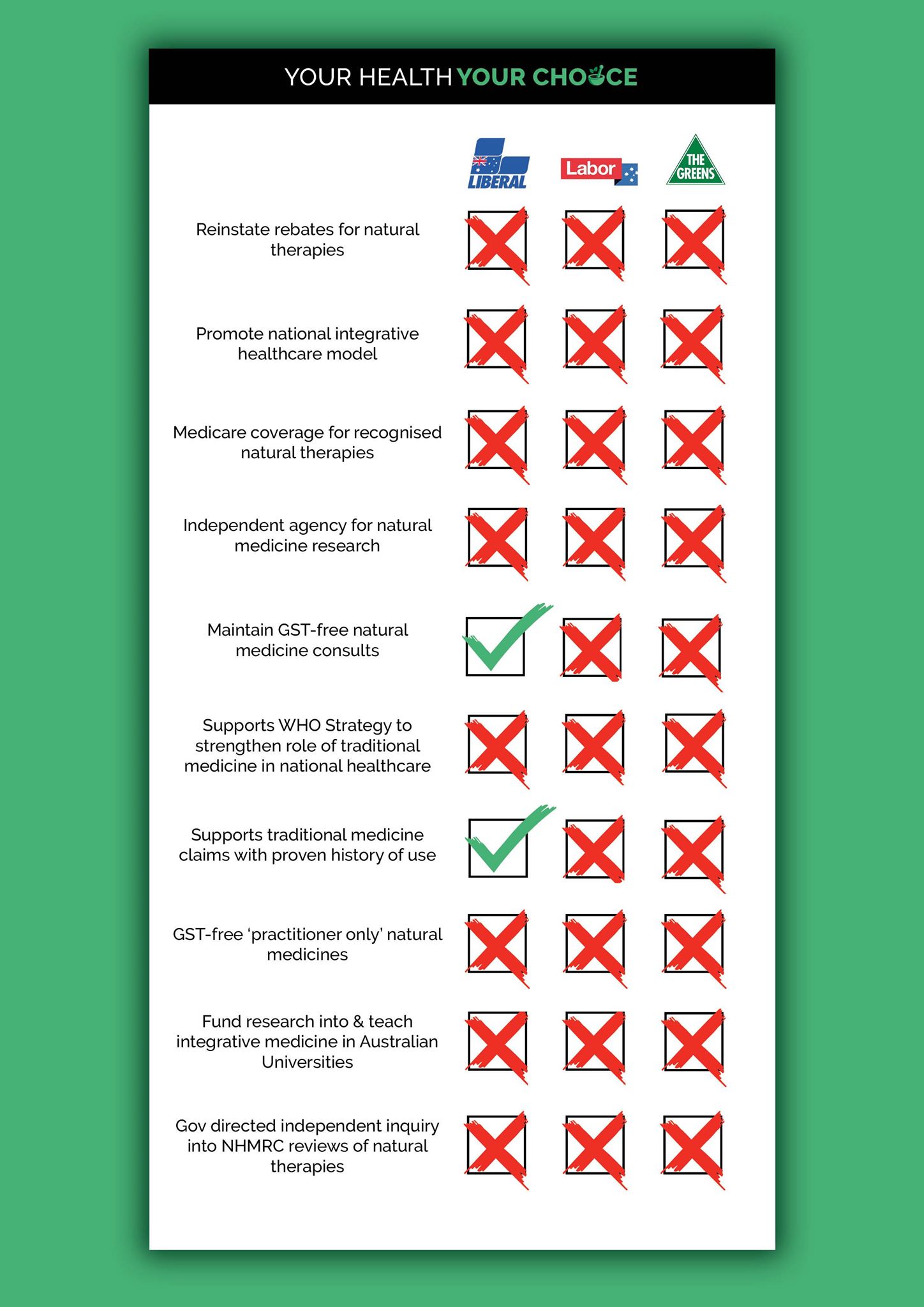 In preparation for the Victorian election in November and next year’s Federal election, Your Health Your Choice wrote to political parties to ascertain their position on complementary and traditional medicine, so the public can see which parties have proactive policies that support access to therapies and medicines used by more than 2 in 3 Australians.

For convenience, Your Health Your Choice provided a checklist of political parties’ current position on natural therapies in key areas. For each party, existing positions were checked based on information available in the public domain, stated policy positions and actions taken to date. Parties were informed that a non-response would be taken as confirmation of their position(s).

Only the Australian Labor Party, Sustainable Australia and the Health Australia Party (which supported all areas) responded to verify their position.

Will the stance of the three major parties on natural therapies influence how you vote?