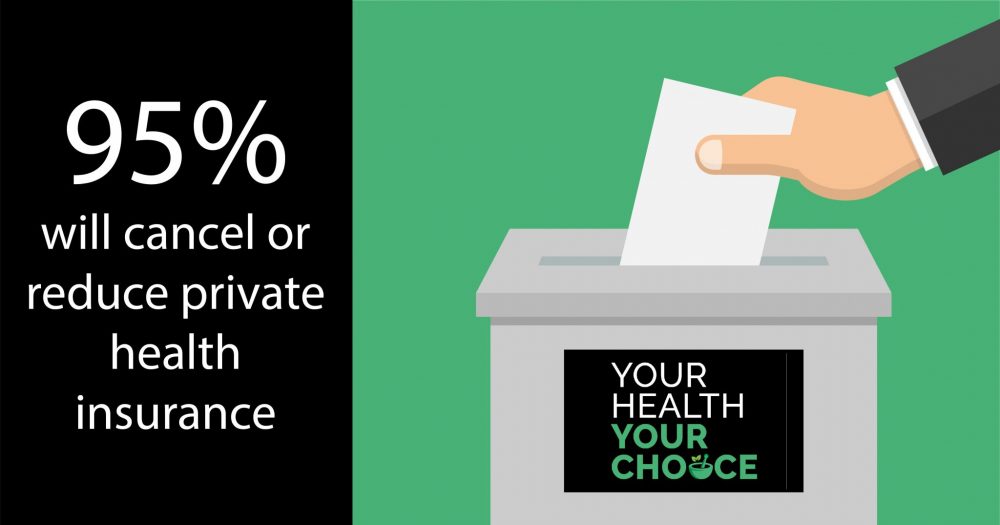 AN OVERWHELMING 95 percent of people have said they will cancel private health insurance policies, or drastically reduce cover, if the Federal Government goes ahead with cutting the rebate for natural therapies.

Fifteen commonly used therapies including yoga, pilates, naturopathy, reflexology, kinesiology, and homeopathy will be cut as of April next year.

A new, national consumer poll found 55 percent of respondents would cancel their private health insurance and 40 percent would reduce cover.

The poll, commissioned by Your Health Your Choice found just 5 percent of people would continue with their current level of cover.

Two in three Australians use some form of natural medicines or therapies and nearly 80,000 people have joined Your Health Your Choice campaign to protect their right of choice since it launched in July last year.

Your Health Your Choice spokeswoman Petrina Reichman said Australians who use complementary healthcare feel robbed over the rebate cut that was announced in October.

“Consumers are angry. They see this as the Government taking away their right of choice in healthcare and stripping the value from their private health insurance policies,” she said.

“It shows that one of the key incentives for people in having private health insurance is the ability to claim on therapies like yoga and pilates.”

Research from PricewaterhouseCoopers indicates when people use natural therapies it results in cost-savings. The PWC research shows people who use private health insurance cover for natural therapies claim almost $200 less per year in hospital and medical costs than those who don’t.

Your Health Your Choice will present the results to Federal Health Minister Greg Hunt.

Your Health Your Choice launched in July when the Federal Government first announced recommendations from the King Review to ban the sale of natural medicines from pharmacies.