Chiropractic care for children could be banned – what you can do: 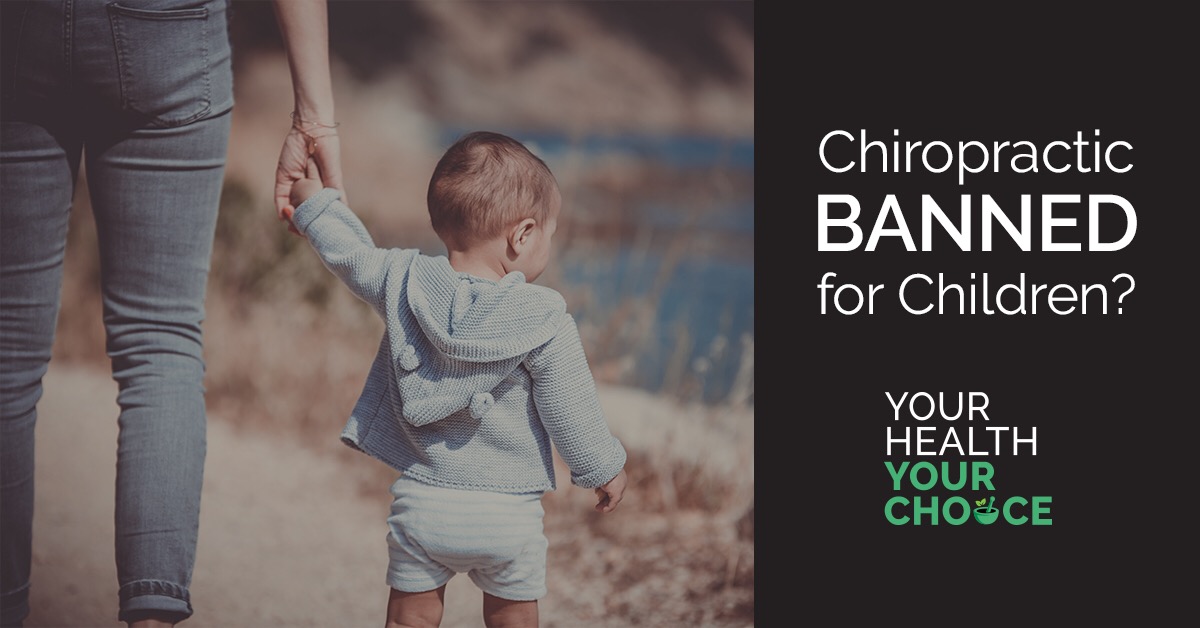 The Victorian Government is moving to ban Chiropractors from treating children under 12 with a view to recommending it become national.

If you’d like to protect your right to access Chiropractic care for children, we urge you to share your thoughts and positive stories of how chiropractic care has helped you and/or your family and friends via this link: https://engage.vic.gov.au/chiropractic-spinal-care-children-review

The submission deadline is 21 June 2019 so time is short.

The Victorian Minister for Health, Jenny Mikakos, has called for a review of Chiropractic care for children following recent media attention raising ‘media concerns’ about its safety. The findings of the review are to be provided to all Australian Health Ministers later this year and could see laws changed to ban Chiropractors from providing spinal care for children under the age of 12 nationally.

Led by Safer Care Victoria, the review will be overseen by a panel of experts in paediatrics and musculoskeletal care, consumers, and representatives from the Chiropractic Board of Australia and Australian Chiropractors Association. The panel will examine the available evidence including information from consumers, providers, and other stakeholders, for the use of spinal manipulation in children and provide recommendations regarding this practice.

The review was prompted by a now deleted video posted to the Facebook page of a Melbourne-based chiropractor that shows him adjusting a two-week-old baby. Even though the mother reported benefit from the treatment and with the review still open for public submissions, Minister Mikakos appears to be pre-empting the review’s findings stating,

“We won’t rest until babies are protected from practices we know to be harmful, and that we can be sure children under 12 are not being exposed to harm”.

It is unclear how Minister Mikakos claims to “know” that practices are harmful before any expert review has actually taken place to assess if this the case, especially given evidence of harm has not been demonstrated.  Such comments demonstrate her strong personal views on the matter, raising concerns that the review process is underpinned by a political agenda.

Adding to such concerns is the appointment to the expert panel of a member of the fringe medico-skeptic group ‘Friends of Science in Medicine’ (FSM), Prof Katrina Williams, Professor of Paediatrics and Head of Department, Monash University. FSM has lobbied State and Federal governments against chiropractors and other traditional therapies since its inception in late 2011.

FSM has actively campaigned against the teaching of chiropractic and its practice in the community over many years (e.g. ‘There’s no place for pseudo-scientific chiropractic in Australian universities’, The Conversation, 6 Dec 2011), disrespectfully referring to it as “fake medicine” and “ludicrous nonsense” (media release 19.02.2019). It is noteworthy that FSM members have no training, clinical or research expertise or experience in chiropractic or any other traditional therapy they target.

“It is entirely inappropriate that a member of a lobby group with a long history of lobbying government against chiropractic should be appointed to a panel advising government. This is a clear and untenable conflict of interest and members of the panel with such affiliations should not be involved.”

Is there any actual cause for concern?

According to The Australian Chiropractic Association (ACA), approximately 30,000 children aged 0-18 receive Chiropractic care across Australia on a weekly basis with little to no evidence of any real-world safety concerns. The ACA states,

“While there is very little evidence of harm, there is significant evidence of the value parents place on the informed care provided”.

While the review is seeking open-ended feedback from parents and guardians who have accessed chiropractic care, Minister Mikakos’ is only calling for,

“… parents who have experienced the dangerous practice of child spinal manipulation to have a say and share their story.”

This raises serious concerns that a prejudicial approach is being taken.

“Chiropractic care has been around since 1895 with minimal evidence of harm and strong patient support yet the Victorian Government is seeking to remove the right of parents to seek care that has greatly benefited their children. The public is being misled about the risks of chiropractic care with damaging headlines such as ‘deeply disturbing’, ‘bizarre’, and ‘screaming baby’ used to push a clear agenda”, said Ms Reichman.

According to mother of three Bronia Tasker, her children have all benefited significantly from Chiropractic care:

“My first son screamed 24/7 for the first 4 weeks of life. After trying everything and medical advice produced no answers, I took my son to a Paediatric Chiro. After a couple of visits, I had a different baby. My inconsolable child was now settled and sleeping well,” she said.

Fiona Mitsi also a mother of three said she had major issues breastfeeding her eldest son:

“He screamed every time I tried to feed him on one side. After 5 days with no resolve, I took him to the Chiro. He went straight on to the boob and fed perfectly with no crying immediately after his first adjustment”.

When asked how she felt about the potential ban to these services Ms Mitsi replied,

“I’m devastated to think my kids may not be able to see our Chiro. When my daughter had an ear infection, the doctor insisted I give her antibiotics. I left and took her straight to my Chiro instead and within 2 days, the doctor confirmed the ear infection had completely cleared up. Removing these valuable services will only force more people into an overcrowded medical system.”

If you are a parent of a child under 12 who has accessed chiropractic care in the last 10 years or a practitioner or patient who wants to have their say, the Safer Care Victoria survey can be accessed via this link: https://engage.vic.gov.au/chiropractic-spinal-care-children-review

The public consultation is open until Friday, 21 June 2019. We urge you to respond and share your story.