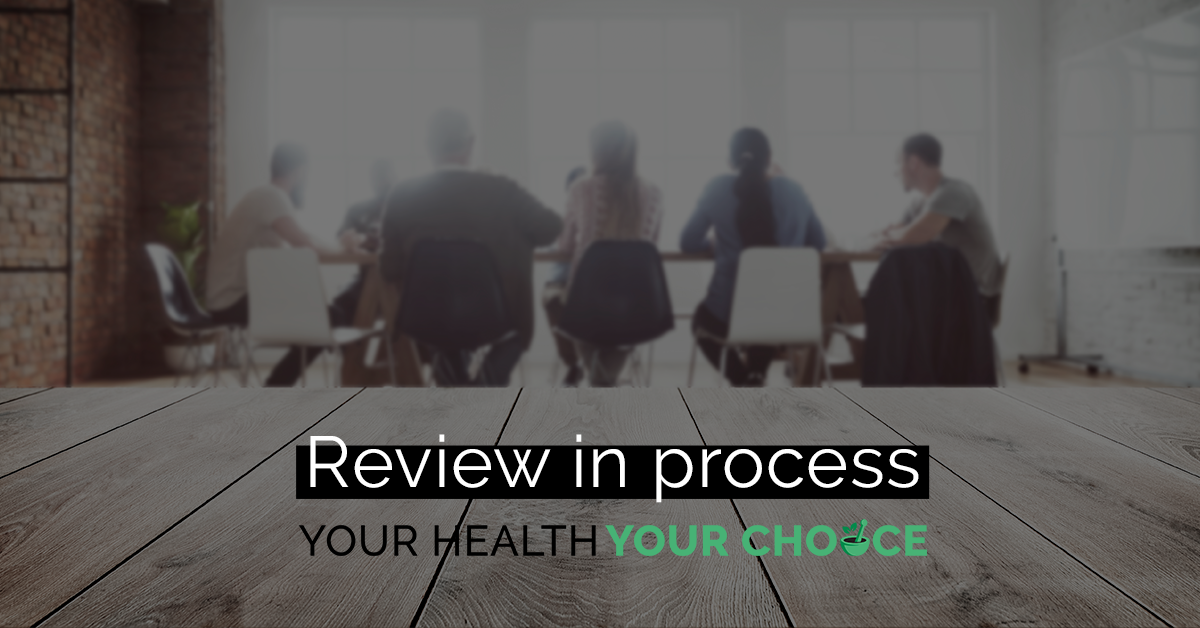 The 2019-20 review is being led by Australia’s Chief Medical Officer, Prof Brendan Murphy, and according to the Terms of Reference (ToR) will be conducted in two tranches:

Public protest via the Your Health Your Choice campaign over removal of Private Health Insurance (PHI) rebates for natural therapies resulted in the Government announcing on 7 April 2019, a $2 million review update program to determine which natural therapies are once again eligible to attract the PHI rebate.

The announcement came after 13,324 Australians wrote to the Health Minister, local Liberal National Party (LNP) members and State LNP Senators between February and March 2019 protesting the policy and demanding that rebates be restored.

The National Health & Medical Research Council (NHMRC) is once again being put in charge of conducting the reviews, despite being under active investigation by the Commonwealth Ombudsman over allegations of scientific and procedural misconduct in the 2012-15 Homeopathy Review.

The 2019-20 review Terms of Reference specify that it will only asses any additional evidence of the clinical effectiveness of the 16 therapies published since the 2014-15 review, as well as any high quality evidence not included in the 2014-15 review.

There are potential problems associated with this approach, which risks dismissing evidence not published before 2014-15. It assumes the previous 2014-15 NHMRC reviews of 16 natural therapies published in 2015 were robust, when this is not the case. The previous NHMRC reviews were so limited in scope that they dismissed from consideration vast bodies of evidence, to save time and money and progress a political agenda to remove natural therapy rebates.

For example, in the 2014-15 NHMRC review of Naturopathy and Herbal medicine, the number of published studies included in scope (combined) for these therapies was zero: not because there wasn’t any, but because the NHMRC decided to exclude thousands of studies assessing the practice elements of Naturopathy and Herbal medicine (such as herbs, supplements and minerals). It is no wonder that the review therefore concluded there was ‘no evidence’.

In the 2015 Homeopathy Review, the NHMRC altered the research protocol midstream to exclude the findings of 171 out of 176 studies from contributing to the review’s findings – using arbitrary criteria that were not applied to any other natural therapy or to any other health intervention before (or since), by any other research group or agency in the world (including NHMRC).

If the NHMRC takes a similar approach again, which is possible under the current Terms of Reference, another whitewash could be on the cards.

Public expects 2019-20 reviews to be conducted ethically and transparently

The public expects that the NTREAP will include an appropriate mix of complementary medicine research experts and that their advice is taken seriously, to ensure that the review updates are conducted ethically and transparently using accepted scientific methods.

This is a core requirements of any credible and rigorous scientific review process, routinely observed when assessing conventional medical research, as stipulated in NHMRC guidelines and standards.

There is no justification for treating natural medicine research any differently this time around.

We will now wait and watch how the 2019-20 Natural Therapy Review process unfolds from here.

Sign and share the petition below to promote research integrity and protect right of choice in healthcare.