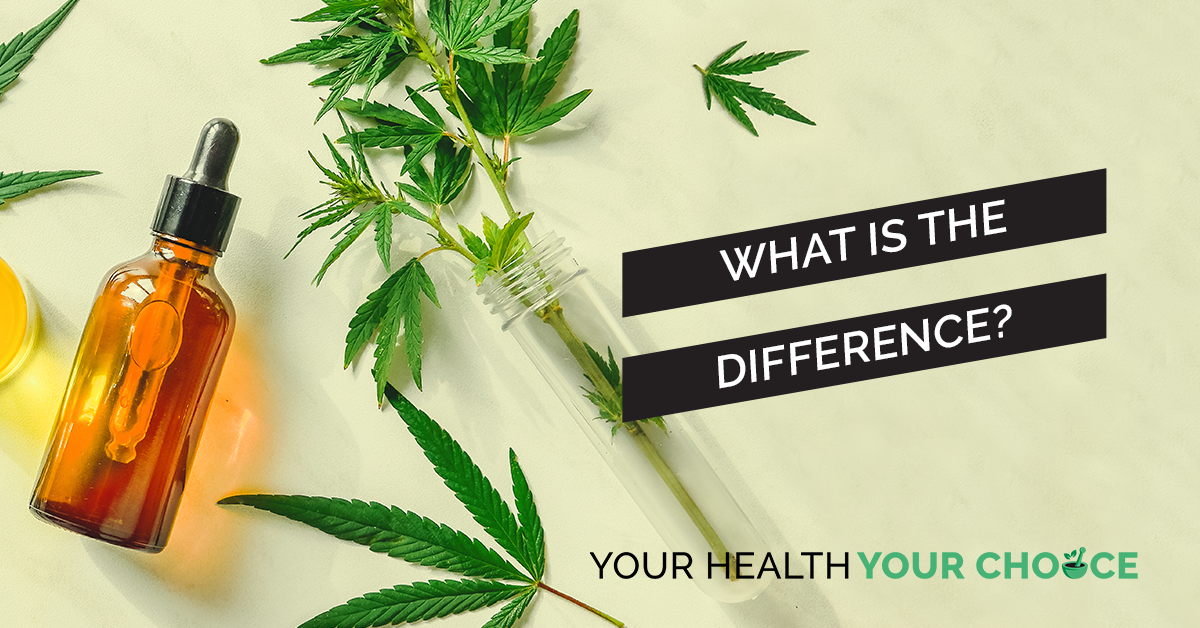 There is much confusion between the terms ‘cannabis’, ‘hemp’, ‘marijuana’, ‘medicinal cannabis’, ‘cannabinoids’, ‘CBD’ and ‘THC’. These refer to different yet related things.

‘Cannabis’ refers to a genus of flowering plants in the Cannabaceae family that consists of three main species: Cannabis sativa, Cannabis indica, and Cannabis ruderalis.

Interestingly, the plant hops (Humulus lupulus) used in the brewing of beer is a relative of cannabis that also belongs to the Cannabaceae family.

Cannabinoids have been found to have anti-emetic (anti-vomiting), analgesic (pain relieving), neuroprotective and anti-inflammatory effects [1].

Delta-9-tetrahydrocannabinol (‘THC’) and cannabidiol (‘CBD’) are the two most important medicinally active phytocannabinoid constituents of the cannabis plant.

THC is a psychotropic (psychoactive, intoxicating, or mind-altering) component of cannabis responsible for the ‘high’ people experience with cannabis [2].

By contrast, CBD does not possess any psychoactive properties and consequently is widely regarded as safe, with a very low risk of abuse or misuse. CBD is the second most prevalent active ingredient of cannabis.

A recent safety review conducted by Australia’s medicines regulator, the Therapeutic Goods Administration (TGA), has established that CBD has an acceptable safety and tolerability profile at low doses, and that “low doses of CBD may have possible clinical utility when used via the oral route in the management of some conditions that do not require medical practitioner oversight”.

The TGA is currently assessing whether to ease restrictions on access to CBD as a medicine and in April-May 2020 undertook a public consultation on the issue. This was in response to a Senate Inquiry into current barriers to patient access to medicinal cannabis in Australia convened to better understand and address access barriers for patients.

While CBD is a core component of medical marijuana, it is derived from ‘hemp’ plants (see below).

Basically, hemp refers to varieties of Cannabis species that cannot get you high.

Another interesting fact about hemp is that it is one of the strongest natural fibres known. Hemp has been harvested throughout recorded history to make widely used commercial products such as food, rope, clothing, paper, housing material.

It is also one of the oldest crops cultivated by humanity, with material made from hemp discovered that is over 10,000 years old.

‘Marijuana’ is a term that refers to psychoactive varieties of cannabis that contain (by dry weight) more than 0.3% THC, which are able to induce an intoxicating/ euphoric effect.

So like hemp, marijuana plants are not different species of cannabis but (unlike hemp) represent high-THC varieties.

The amount of THC can vary greatly between different varieties of marijuana, which typically contain between 10-20% THC content, although some varieties can contain up to 30%.

‘Hashish’ (or ‘hash’) is made from the resin of marijuana plants and generally contains much higher levels of THC than marijuana (which also contains plant material that dilutes the THC content). The THC content of hashish can range from 20-60%, which also raises the risk of adverse reactions.

‘Medicinal cannabis’ (or ‘medical marijuana‘) refers to purified and standardised forms of cannabis, which have been made available for medical use in the form of pharmaceutical drugs.

Cannabis plants cultivated for this purpose are grown under carefully controlled conditions and the drugs manufactured are standardised to contain specific amounts of desired cannabinoids (e.g. 12% THC).