UPDATE: Medical Board of Australia and undisclosed conflicts of interest 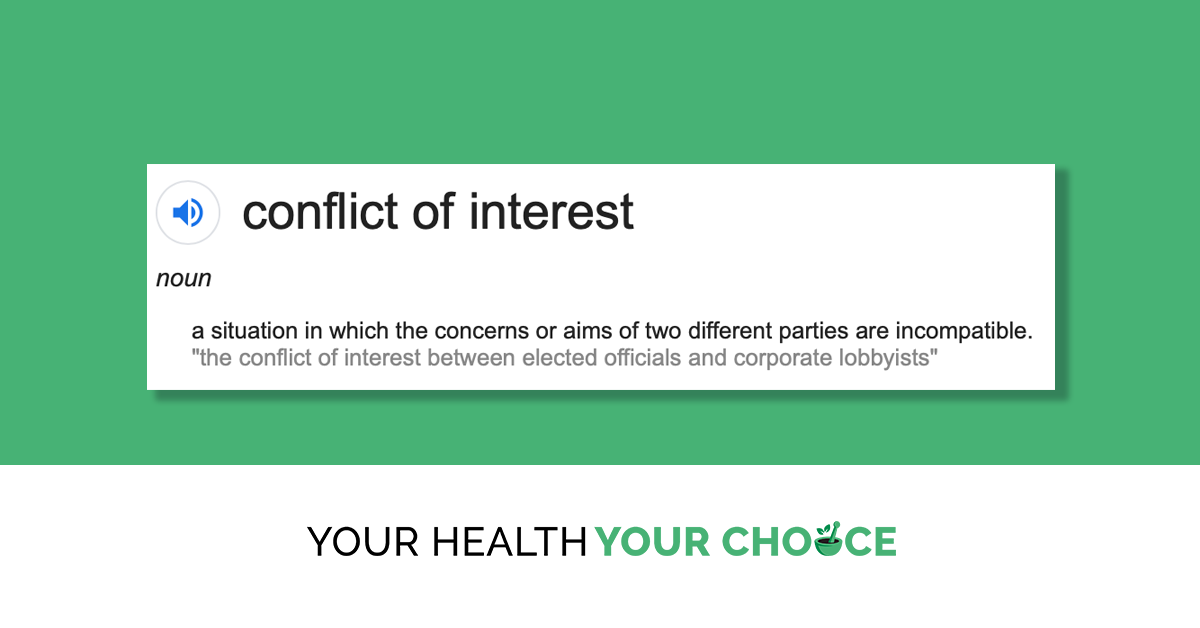 The Medical Board of Australia (MBA) is currently deliberating over 12,000 submissions received from members of the public via the Your Health Your Choice campaign, protesting proposed changes to MBA guidelines and sharing their positive experiences of integrative medicine.

This process has a significant bearing on patient choice. If adopted, the proposed changes would restrict Integrative doctors’ ability to offer patients what the MBA has loosely described as ‘complementary and unconventional’ treatments.

MBA and undisclosed conflicts of interest:

FSM was formed in 2010/11 to oppose the teaching of CM in universities and their use by the Australian community. The group, which adopts the extreme slogan, ‘There is no alternative to Medicine’, spends its time lobbying bureaucrats and politicians and attempting to influence bodies such as the MBA to restrict public access to CM services and products.

Drs Tonkin and Adelstein hold senior positions on the Medical Board, but their FSM conflicts are not disclosed anywhere on the MBA website:

– Prof Adelstein has been an official FSM supporter for the duration of his time on the MBA; he is also Chair of the NSW Board of the MBA

– MBA Chair, Dr Anne Tonkin, has been a FSM supporter since the group was founded in 2010/11 and named on the group’s original membership list published on 22 January 2011.

We ask why two of the MBA’s most senior members are associated with an extreme anti-CM lobby group and why these key conflicts have not been disclosed as part of the MBA consultation on ‘complementary and unconventional medicine and emerging treatments’?

Dr Tonkin was appointed as the new MBA Chair in November 2018 and upon assuming her new role spearheaded the MBA’s crackdown on GPs that offer complementary medicine treatments on 15 February 2019 – without disclosing her or Prof Adelstein’s FSM conflict.

The MBA consultation was initially open until 12 April 2019, but public/ stakeholder backlash over concerns of bias and deficiencies with the process resulted in the MBA extending the consultation to 30 June 2019. The MBA claims its proposed guideline changes are to ‘minimise risk to patients’ – without backing this up with any actual evidence of harm or consulting with integrative medical practitioners/ groups in a collegial manner.

Curiously, Dr Tonkin quietly dropped off FSM’s supporters list at some stage after the controversy broke out and the MBA consultation period was extended. A current search confirms that her name has disappeared from the group’s list.

This is confirmed by internet archives, which reveal that she was an official supporter of the anti-CM lobby group when the MBA consultation commenced in February 2019 and that she remained a supporter of the group at least into March (when the last webpage snapshot was taken).

Perhaps Dr Tonkin realised that being associated with an extreme anti-CM lobby group represented an significant conflict of interest while she was involved in a review process targeting GPs that offered these services? The fact her name disappeared from the list coinciding with public/ stakeholder backlash suggests an awareness of the conflict.

Under the circumstances and considering her long-term support for FSM, the public may rightfully question whether there is an ongoing private allegiance to the group’s anti-CM agenda?

Such undisclosed conflicts raise serious doubts over how objectively the MBA is able to assess the 12,000+ pubic submissions received opposing proposed changes to the MBA guidelines and supporting patient right of choice to integrative medical services.

Is the MBA willing to take a dose of its own medicine?

The MBA has published guidelines, ‘Good medical practice: a code of conduct for doctors in Australia’, that all doctors are required to observe. The guidelines highlight the importance of recognising, disclosing and managing conflicts of interest (Section 8.11).

Whether conflicts are actual or perceived, ethical principles require that officers in public office (particularly those in senior positions) identify, disclose and manage any conflicts that could interfere with proper discharge of their duties.

It appears the MBA has failed to take a dose of its own medicine in its public consultation on ‘clearer regulation of medical practitioners who provide complementary and unconventional medicine and emerging treatments’, by not declaring that two of its most senior members have been long-term supporters of an anti-CM lobby group.

The public is therefore justified in questioning how free the MBA consultation is from inappropriate influences working against the public good.

Sign www.yourhealthyourchoice.com.au to protect right of choice in healthcare.