Tea – more than just a hug in a mug 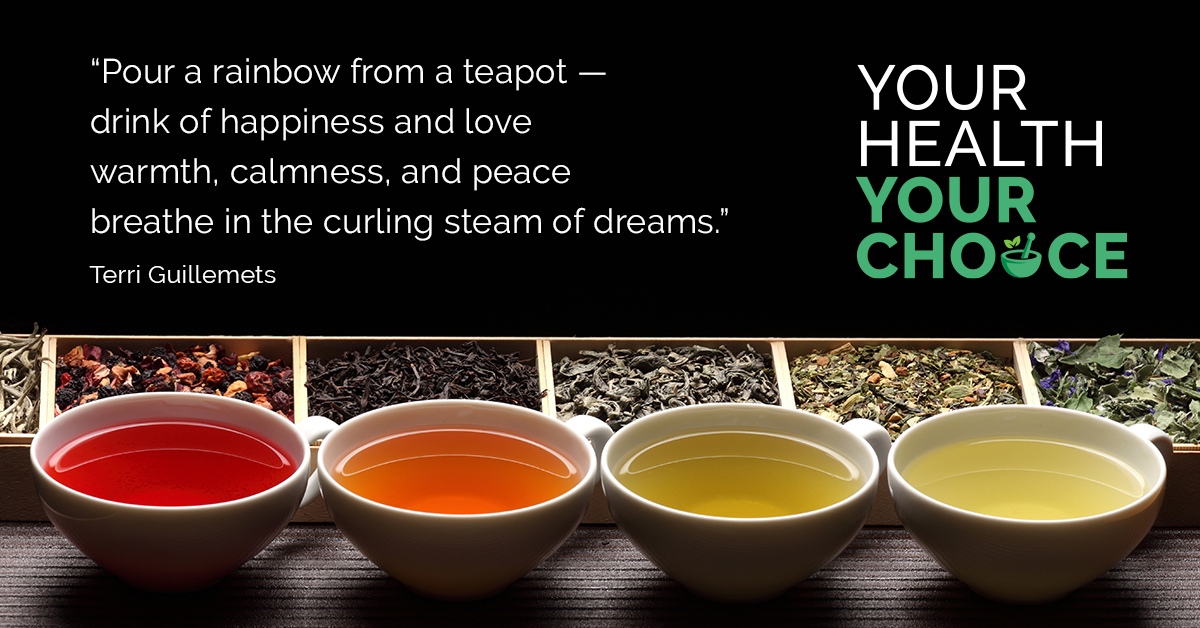 There is nothing better than a warm cuppa on a cold winter’s day… or on any day for that matter.

Tea (Camellia sinensis) has been quintessentially associated with comfort and refreshment since its discovery in China 5,000 years ago. But a cup of tea does more than soothe the soul. Green, black and white tea contains many health-giving elements.

L-theanine is a key constituent of Camelia sinensis that is best known for its role in eliciting relaxation and the sense of comfort from drinking a cup of tea.

The main benefits of L-theanine:

“Pour a rainbow from a teapot—

drink of happiness and love

breathe in the curling steam of dreams.”

L-theanine also appears to lower cortisol, the infamous ‘stress hormone’. This may also be a way that L-theanine can protect brain cells from stress and age-related damage, since cortisol can inhibit memory formation and spatial learning.

Despite having no direct sedative effects, L-theanine appears to improve sleep quality by reducing excitatory chemicals bringing about rest and relaxation. It also increases alpha brain wave activity which facilitates a state of wakeful relaxation and increased energy and focus.

One study found that L-theanine inhibited blood-pressure in a group of high stress-response adults, whose blood pressure increased more than average by performing a mental task after taking a placebo (whereas L-theanine significantly inhibited the blood-pressure increases). It appears that L-theanine achieves this effect by reducing excitatory chemicals in the brain, as well as positively regulating nitric oxide, a chemical that is important for many aspects of health, particularly dilating blood vessels and increasing circulation.

L-theanine may also play a more direct role in weight maintenance and obesity. Studies in rats show a suppressive effect on body weight increase and fat accumulation. However, green tea also contains catechin, a phytoconstituent which has a direct effect on weight by increasing energy expenditure and promoting the oxidation of fat.

The stress-reducing effects of L-theanine may also play a role in weight control by curbing food cravings. Stress and anxiety trigger cravings for high energy or sweet foods that provide the body with pleasure. As mentioned above, better quality sleep can also contribute to weight management.

Tea is soothing, comforting and fortifying whilst delivering multiple therapeutic benefits. It reaches across many cultures and is part of the rich tapestry of our collective history. Many friendships and alliances have been bolstered over a humble cup of tea and its famed relaxing properties have proved invaluable in times of crisis.

No wonder it is the most beloved beverage across the globe!

“Drinking a daily cup of tea will surely starve the apothecary.”