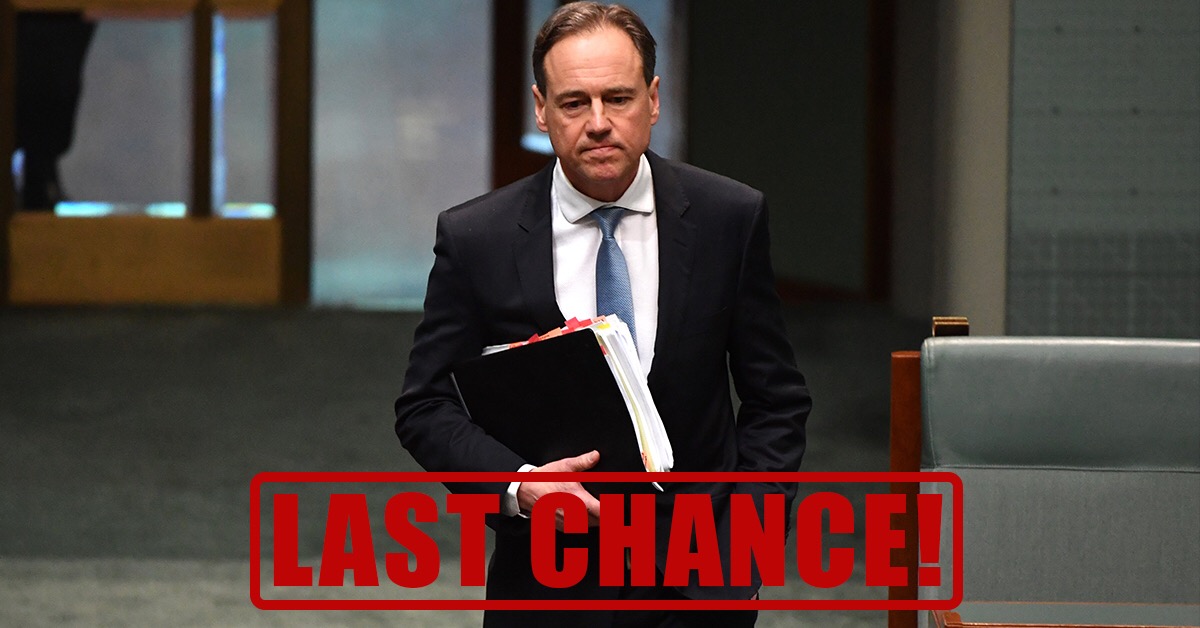 On Monday 10 September 2018 the Senate, with the support of Labor and the Greens, passed the Federal Governments’ health insurance reform laws. From 1 April 2019, private health insurers will no longer be permitted to provide cover for a wide range of natural therapies, including Naturopathy, Herbal Medicine, Yoga and Pilates.

“Despite overwhelming public backlash, the major parties have ignored public opinion and agreed to laws that will hurt Australian small businesses and result in people cancelling and/or reducing their level of Private Health Insurance cover”, said Your Health Your Choice spokesperson Petrina Reichman.

“This is madness. It will lead to poorer health outcomes and further burden an already stretched public health system. Politicians have clearly lost touch with what people want to support their healthcare choices”, she said.

“The Government seems more focussed on internal division than on what’s good for the community, with the other major parties not offering anything much better.”

A poll of almost 4,000 people conducted by Your Health Your Choice earlier in the year showed that a resounding 95% of respondents would either drop (50%) or reduce (45%) their level of Private Health Insurance if the laws were passed.

But this will not happen unless voters act now. The Business Rules have not yet been formally made, but are expected to become law within the next two weeks – so there is still a chance.

“This is a last minute opportunity for the Australian public to let the Government and Greg Hunt know that this is not OK and get a just outcome”, Ms Reichman said. “We encourage as many people as possible to write to Greg Hunt and send him a clear message”:

It is in the supporting Business Rules where the damage will be done, which will prevent private health insurers from providing cover for 15 natural medicine therapies (listed below).

“From 1 April 2019, private health insurers will not be permitted to provide cover for natural therapies, with the exception of traditional Chinese medicine, chiropractic and massage therapy. Private health insurers will be required to remove cover for natural therapies from all general treatment products that provide cover for these therapies. The Commonwealth, through the Private Health Insurance Rebate, will therefore no longer subsidise these non-permitted therapies.”

The new laws allow Private health insurers to choose to fund natural therapies as “incentives”, but these could not attract the Private Health Insurance Rebate. If some insurers continued to offer access to these therapies as “inducements” for people to purchase cover, the cost would not be allowed to be more than 12 per cent of the premium.

“Removing the Private Health Insurance Rebate from some natural therapies may reduce the perceived value of general treatment products for some consumers wishing to continue accessing natural therapies.”

This policy is based on flawed reviews undertaken by the National Health & Medical Research Council (NHMRC) between 2012 and 2015 to formally justify rebate cuts for Natural Therapies, which had already been pre-determined by the former Labor Government before the reviews had commenced.

Sign the petition below to protect your right of choice in healthcare and stop ongoing bias against natural medicine.