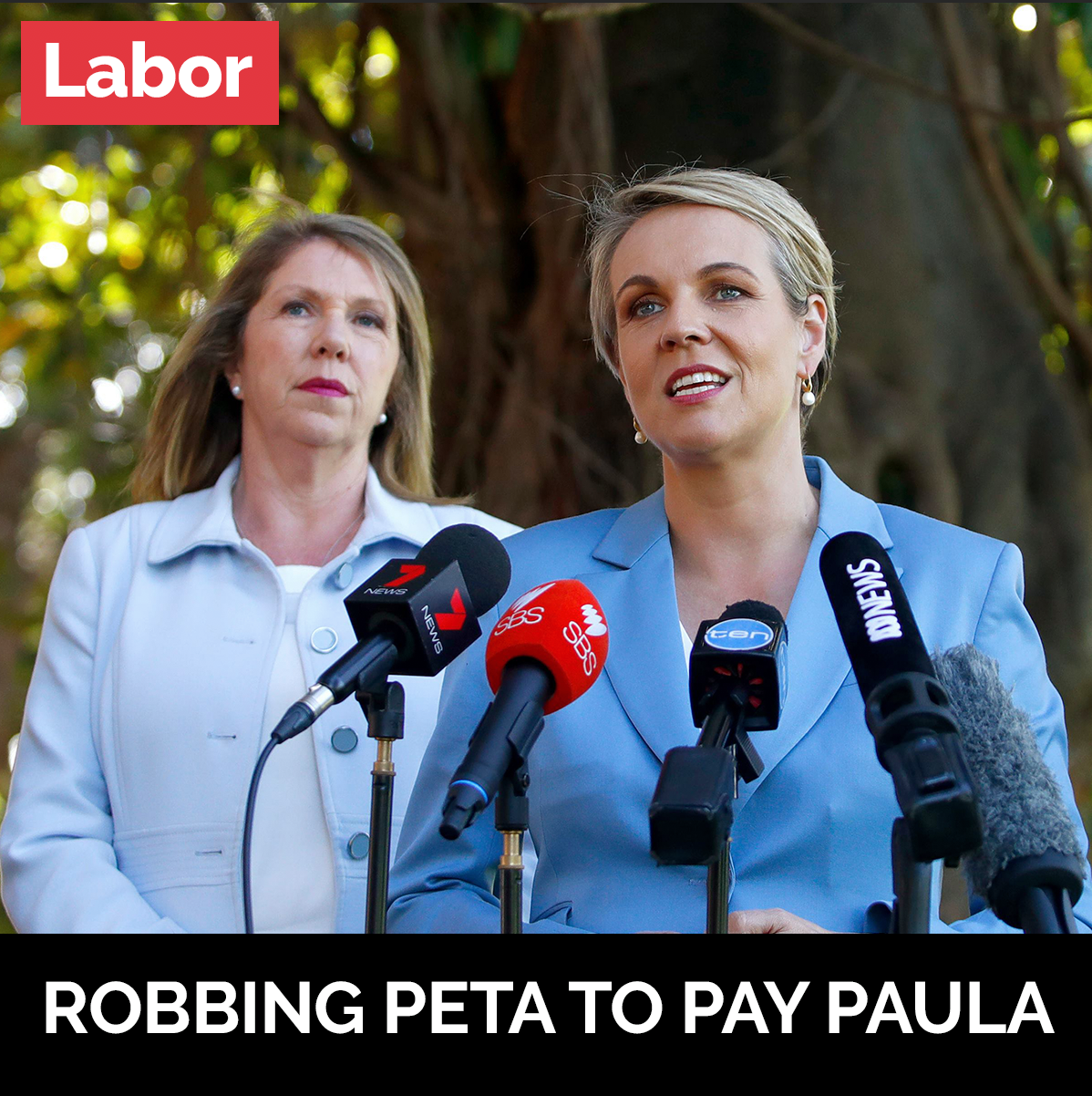 LABOR has announced that if elected it will implement policies attacking traditional medicine services and products used by millions of Australian women.

Swapping one pink tax for another:

In June 2018, the Australian Senate passed a bill drafted by Greens Senator Janet Rice to remove the tax on female sanitary products, known as the ‘tampon tax’ – a move welcomed by Australian women.

In April 2018, the Shadow Health Minister Catherine King and Labor’s Deputy Leader Tanya Plibersek announced that Labor, if elected, would also abolish the Goods and Services Tax (GST) on women’s sanitary products such as tampons. But in the same breath, they announced Labor would “offset” the loss in revenue to the States by transferring the GST to twelve natural therapies such as herbalism and naturopathy – covering services used by a large number of Australian women.

“Two in three Australians use complementary medicine services and products and the majority of these are women”, said Your Health Your Choice spokeswoman Petrina Reichman.

“This is a case of powerful political women being out of touch with working women. To remove one pink tax only to impose another is a meaningless gesture”, she said.

On 4 August 2018 the Federal Government announced it would not impose a tax on natural medicine consultations to offset the axing of the tampon tax – a win for common sense, women’s health and their hip pockets.

Instead of welcoming this measure, Catherine King described it as an “unworkable thought bubble” – signalling Labor’s intent to oppose the measure unless natural therapy services are taxed to make up the shortfall.

“Labor proposes to give to women with one hand while take away from them with the other – a bizarre policy where they are insisting on ‘robbing Peta to pay Paula’,” said Ms Reichman.

State Treasurers will discuss the proposal at the next COAG meeting later in the year.

Labor also supports the Coalition Government’s move to cut the Private Health Insurance rebate subsidy for a number of popular natural therapies including herbal medicine, naturopathy and pilates – a Labor policy initiated by Tanya Plibersek and Catherine King in 2012.

This retrograde policy is set to impact employment, make these services more expensive for ordinary Australians and encourage people to drop or downscale their private health insurance cover. A poll conducted by Your Health Your Choice earlier in the year an overwhelming 95 percent of people will cancel or reduce private health insurance policies if the Federal Government goes ahead with cutting the rebate for natural therapies.

Why is Labor taking an anti-natural medicine stance?

Labor’s stance on traditional medicine is based on the Department of Health’s Review of the Australian Government Rebate on Private Health Insurance for Natural Therapies, which concluded there was ‘no conclusive evidence’ for any of 16 natural therapies reviewed. These reviews were conducted by the National Health & Medical Research Council (NHMRC) on behalf of Department of Health between 2012 and 2015.

The Natural Therapies Review was commissioned by Tanya Plibersek and Catherine King in 2012 when Labor was last in office. At the time Plibersek was Health Minister and King was the Assistant Health Minister.

Prior to announcing the natural medicine reviews in July 2012, both King and Plibersek were lobbied by an anti-natural medicine fringe group whose platform is “there is no alternative to Medicine”.

Two members of this group were appointed to the Natural Therapies Review Advisory Committee the Department of Health set up to oversee the Review – conflicts that were never declared or managed.

The flawed Review was instigated for the purpose of formally justifying pre-planned budget ‘savings’, flagged by the then Labor Treasurer. This included cutting the Private Health Insurance subsidy for natural therapies, which Treasury estimated would “save” around $30 million.

“Labor had already made up their minds to cut the rebate subsidy for natural therapies well before any evidence had been reviewed: the Review was conducted to justify their policy”, said Ms Reichman.

“The current Coalition Government has blindly implemented a bad Labor policy”, she said.

The NT Review was conceived and executed according to a political process, which explains why the reviews conducted by the NHMRC adopted a ‘short-cut’ method that neither the Department of Health nor any other research group or agency in the world has ever used before or since.

This refers to the fact that in conducting the reviews, no original research studies were assessed and no subject or research experts in any of the 17 natural therapies were consulted.

The exclusion criteria applied to the Review were so extreme that the combined number of published studies included for Herbal Medicine and Naturopathy combined was 0. The Review ignored thousands of published studies on herbs, vitamins, minerals and supplements prescribed by herbalists and naturopaths in daily practice.

“You cannot claim there is no evidence when you haven’t actually reviewed any evidence”, Ms Reichman said.

She said that in addition to these serious defects, the Natural Therapies Review is also now over 6 years out of date and therefore not fit for purpose to inform health policy. Research in these fields has advanced rapidly since 2012 and the reviews need to be done again – but this time properly using accepted scientific methods.

“Labor’s position on natural medicine appears to be based in ideology – not good science or good public policy to support the two in three Australians that use and benefit from natural medicine services and products”.

“It’s about time the major political parties stopped being dictated to by ideology-based fringe groups and instead start listening to their constituents and impartially and properly assess the evidence and examine international best practice”.

Let Plibersek & King know how you feel about these proposed changes by filling in this form.