Is it a food or a medicine and what about my protein shake? 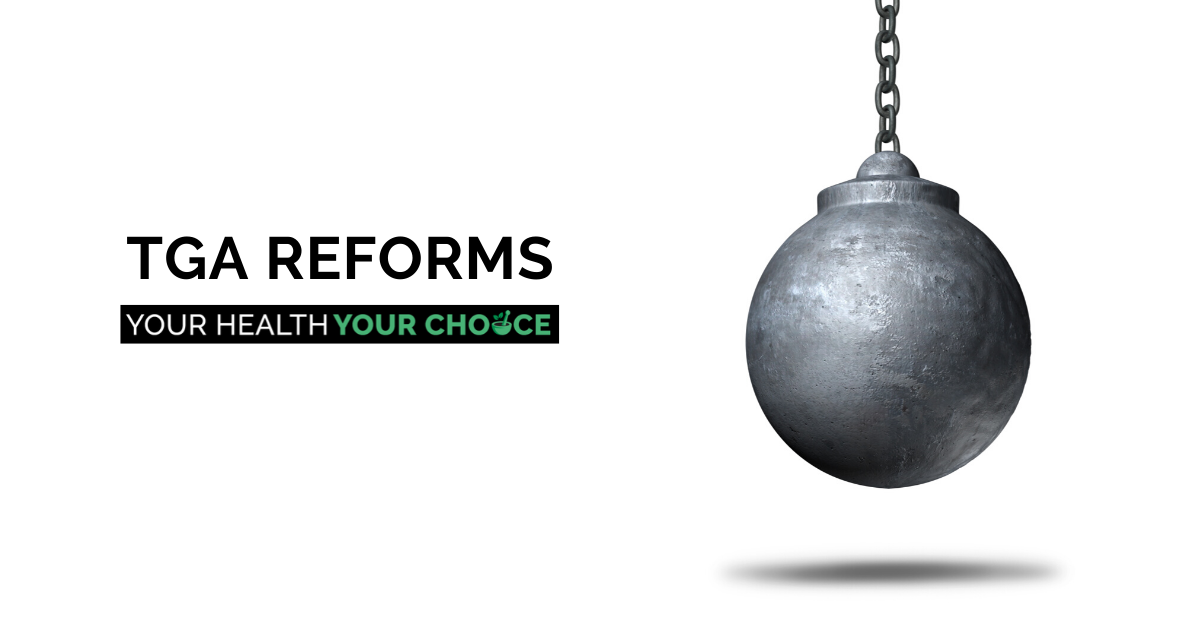 The TGA’s action was triggered by the untimely and accidental deaths of two people, one related to a concentrated caffeine supplement of unknown origin and the other to a female bodybuilding competitor with an undiagnosed genetic condition, meaning she could not properly metabolise protein.

The TGA is looking at regulating certain sports nutritional supplements that are being marketed as foods in Australia, but which:

– are presented as medicines (e.g. tablets and capsules).

The problem is not the need to protect public safety by better regulating those products that may pose a greater risk. The problem is the way the TGA has framed the consultation.

The TGA’s consultation is inherently confusing as it mixes up policy issues of products that are already illegal (such as illegal prescription medicines), athletes’ requirements, as well as a major re-set to the Food-Medicine Interface, all of which are different policy concerns.

The proposed TGA declaration is associated with a raft of problems, including:

– Capturing as medicines products that were not intended to be captured. This includes health foods with health claims, formulated caffeinated beverages, certain subcategories of tablets and capsules for food or recreational use.

– Capturing as medicines products that should not be captured, including many sports nutrition supplements that are currently not fully aligned to Foods Standard specifications, but which may not need to become medicines, or which are waiting on an update and review of particular Food Standards.

The consultation seeks comment on one proposed approach, in the form of a draft legislative Order. A reform of this kind seeks greater clarity as to what is regulated as a food or a medicine across a range of products that sit across State and Territory food frameworks and medicine regulations.

It would be more appropriate that a whole-of-Government approach be taken in assessing the regulatory impacts and canvassing the best risk based options for reform.

No assessment of the impact on industry and consumers:

The TGA has not conducted any Regulatory Impact Assessment to determine what impact the proposed reform would have on the industry, consumers or the economy. Yet major reforms such as this are usually required to undertake such an assessment as part of best practice regulation and consultation process.

“We absolutely understand the need for beefing up the regulatory actions against illegal products, but we are not sure if this is the best way.”

The TGA has launched its public consultation alongside draft legislative Orders. What this means is that the TGA has already made up its mind and is not actually seeking feedback to develop a range of potential options to better regulate non-food appropriate food supplements as therapeutic goods.

CMA has urged for the TGA to take a more measured and collaborative approach.

A change of regulation to this degree should require involvement with Food Standards Australia New Zealand (FZANZ), Border Force and Austrade as well as State, Territory, and local governments. A re-examination of the options for reform could occur under the two-stage Council of Australian Governments (COAG) process whereby the first stage undergoes community consultation with parties likely to be affected by the proposal; and the second or final stage, reflects feedback from the community, to assist the regulator in an appropriate decision being reached.

“We as an industry association are saying to the Government and the TGA just stop a minute, we just need to understand the impact that those orders will have across the whole of the sector”, said Mr Gibson.

The sports nutrition industry serves the demands of millions of consumers and contributes over a billion dollars to the economy. CMA has said that it is willing to work with government to address perceived and/or real compliance and safety issues.

As it currently stands, and without a proper and due consultation process, the sports nutrition industry will not be able to meet the requirements of the TGA reform proposal, which unnecessarily risks the viability of Australian manufacturing businesses and jobs.

It also places at risk consumer access to thousands of products on the market.

It is estimated that the proposed change would impact at least 40% of existing products after implementation with a cascading or domino effect, due to manufacturing and other regulatory impacts, to 60-80% of the sector from the economy along with hundreds of businesses and thousands of jobs.

If the TGA pushes its current reform without allowing time for broader and more considered stakeholder consultation, this risks creating the unintended consequence of opening up a black market trade – promoting illegal/ unethical activities and increasing public safety risk.

Loss of domestic business will result in US and other overseas competitors filling the gap, who serve Australian customers easily and rapidly through online portals with less oversight and care than local manufacturers and retailers.

The current TGA proposal will potentially have far more serious outcomes on consumer health and safety than the existing situation, by promoting the import of overseas products under the personal importation scheme.

With a rare few exceptions that are not clearly linked to local products, to date, there have been limited adverse events under common community use.

The replacement of local businesses and retailers – who directly engage with and understand the needs of the Australian sports and exercise community – with online international suppliers, will create unintended consequences with a limited ability to recover.

There is strong consumer demand for sports supplement products that should, under an appropriate risk model, be allowed to continue to grow. The TGA consultation needs to be approached with due care to avoid untoward business and employment damage, and increased public safety risk, by promoting the import of unsafe and/or illegal overseas products.

Ingredients such as vitamins that are used in complementary medicines are already regulated by the TGA and are unaffected by the current reform.

By coming under TGA jurisdiction, sports supplement manufacturers would be required to demonstrate Good Manufacturing Practice (GMP) compliance, support claims with evidence and ingredients would be regulated along with their dose.

This would bring them into line with how products classified as complementary medicines are already regulated.