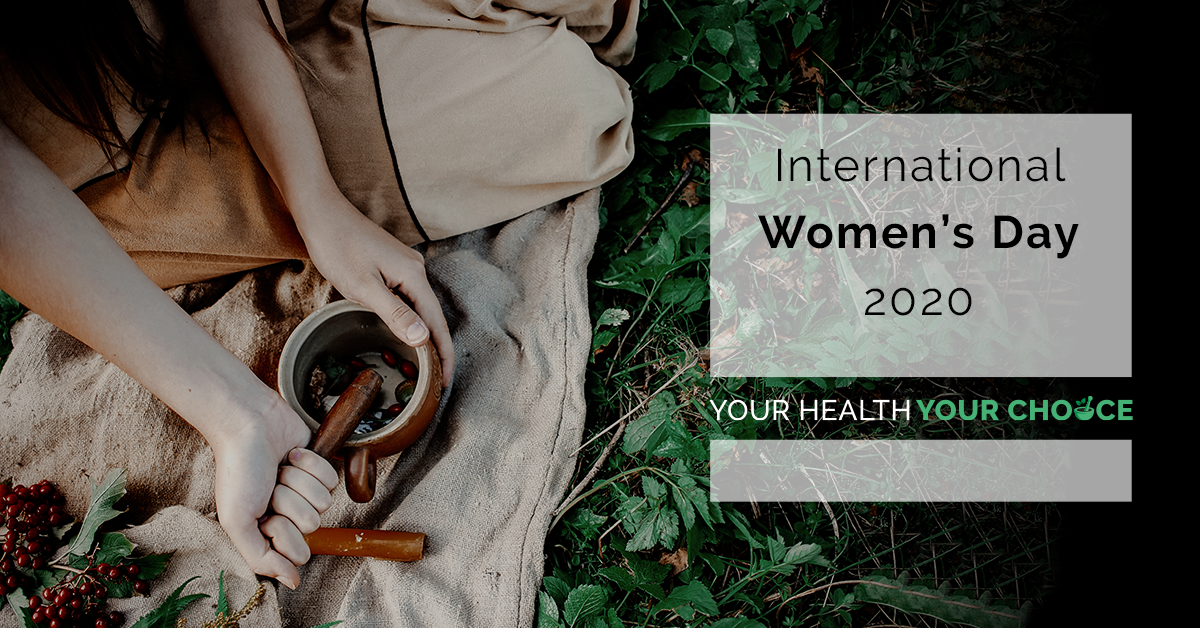 Today on 8 March 2020 we celebrate the achievements of women and strive to realise women’s rights. It is a day to reflect on the progress made in gender equality and the areas where women are still experiencing discrimination.

Throughout history women have naturally gravitated toward the healing professions, often using herbal lore and traditional medicine. But over time, many societies began excluding women from these roles and by the 4th century AD Byzantine Greece banned women from practising medicine.

While women today may outnumber men in some healthcare positions, gender inequality and discrimination is still real and problematic.

The under-representation of women in education, research and senior roles within the international medical community is well-documented. Significant barriers restrict women’s entry into formal medical leadership roles as a direct result of implicit gender bias.

Furthermore, women have historically been excluded from medical trials.  This has hindered progress in understanding women’s response to medications, placing female patients at risk due to biological differences to men at the molecular and cellular level. Despite this, drug testing is still skewed towards male participants.

Women also get short shrift with medical care, which should be completely free of gender bias. This is particularly obvious in pain conditions, especially in the field of gynaecology. Women are often dismissed as ‘over-reacting’, ‘hysterical’, or ‘making it up.

Endometriosis is a common example, where a diagnosis can take up to 7.5 years on average, due to the severity of women’s symptoms not being taken seriously by doctors.

Thankfully, most natural medicine seems impervious to this level of gender bias largely due to the majority of users and practitioners being women.

Women as healers – a historic snapshot

Women have always been healers.

They were the unlicensed doctors, nurses, counsellors, and anatomists of Western history. They cultivated healing herbs, travelling from home to home and village to village. For centuries, women were barred from formal study, learning only from each other and passing on their expertise to other women down the generations.

Egyptian records show that women were widely accepted by the community for studying medicine and administering herbal remedies as early as 1500 BC. Ancient Egypt also delivered us the earliest woman recorded in science, Merit Ptah, from 2700 BC.

In ancient Rome prior to the Christian era, the most famous healer was a woman named Fabiola, who lived in the 4th century. Born into a wealthy family she spent her life caring for the poor and sick. She was instrumental in founding the first public hospital in Europe.

As time went by, however, women were systematically marginalised as socially legitimate practitioners by their male counterparts, eventually relegated to herbalism, nursing or midwifery.

The dark ages in Europe saw the healing arts being kept alive in monasteries and convents, as it was still unacceptable for women to study medicine in any university.

Saint Hildegard (also known as Hildegard of Bingen) was a renowned medicine woman as well as a skilled writer, philosopher, composer and visionary. She is said to be the founder of scientific natural history in Germany.

However, times were not rosy for all women healers. Religious zealotry was rife, and many herbalists were believed to be ‘agents of the dark forces’ and therefore persecuted. By the Renaissance, things started heating up and women healers were labeled as ‘witches’ and subjected to ‘witch hunts’. It has been estimated that millions of women were executed during the centuries of the Renaissance Era.

While burnings and executions for ‘witchcraft’ became less towards the end of this period, traditional women’s medicine continued to be undermined. Well-educated women could still not enter universities to take advantage of the developing science of medicine. Guilds were also closed to women, so they could not join the new professional colleges and societies.

By the 1800s, the role of nursing became an extension of women’s social role: caring and nurturing. However, there was still very little acceptance of women becoming doctors. Some women even masqueraded as male doctors. At the end of the 19th-century women gained the right to study for the same qualifications as men. But these first female doctors had to battle considerable resistance and stigmatisation.

While there may be less overt sexism now than in the past, in 2020 women continue to be treated as second-class citizens across many areas of society.

Gender bias and harassment are harmful in all industries, but in healthcare, the damage is potentially passed on to patients.

There is still a long way to go to achieve gender equality for female healthcare providers.

There have always been the celebrated great men of medicine, such as Paracelsus and Hippocrates. However, today on International Women’s Day we recognise and pay tribute to the many influential and inspiring women of modern medicine and science who have been pivotal in paving the way for women’s rights in global healthcare.

Equality means we are all as valuable as each other, and an equal world is an enabled world.

“The fastest way to change society is to mobilise the women of the world.”