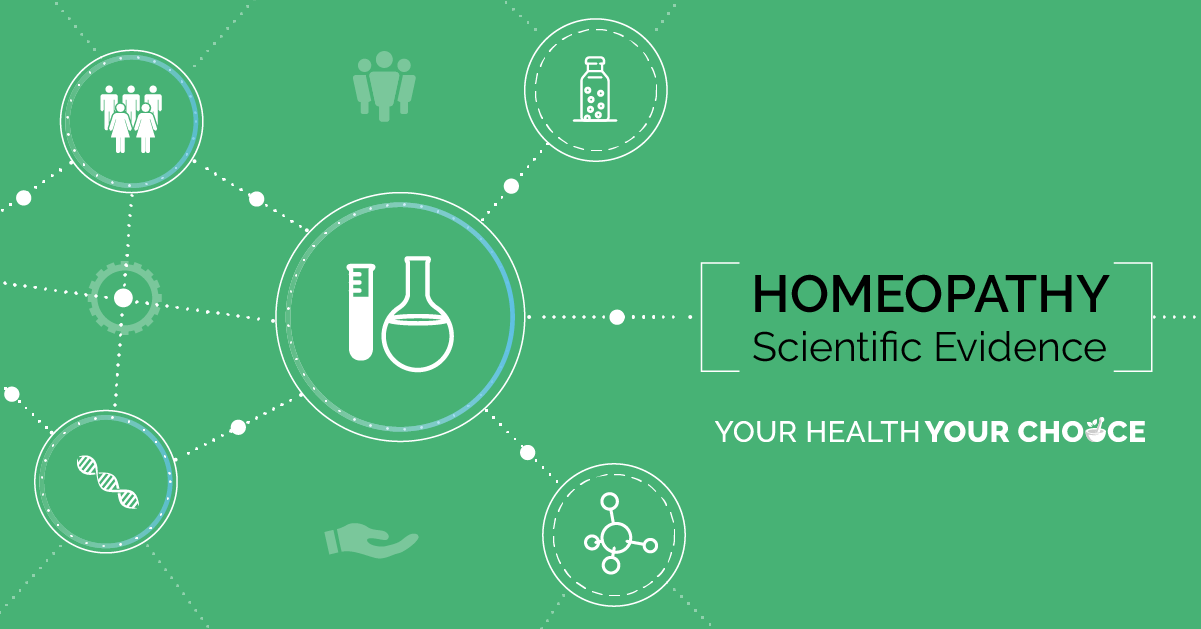 The following summary of homeopathy research was written in 2017 by the late Dr Peter Fisher, who served as physician to Her Majesty, Queen Elizabeth II. The original article can be accessed on the Homeopathy Research Institute website.

Homeopathy is more than 200 years old and is used by tens of thousands of physicians and over 500 million people worldwide, making it one of the most popular forms of integrated medicine.1 It is based on the concept of ‘treating like with like’ (similia similibus curentur). Homeopathic treatment aims to stimulate and direct the body’s self-healing capacity.

Scientific scepticism about homeopathy arises from its use of highly dilute medicines.  But there is a substantial body of research in this area, a recent review found 98 replicated experiments, over 70% of them positive.2

Homeopathy is often used ‘to treat the patient, not the disease’ strengthening host defenses and resilience rather than killing microbes or blocking pathophysiological processes. This overlaps with other scientific areas such as hormesis (the paradoxical, stimulatory or beneficial effects of low doses of toxins).3  A hormetic dose response curve is non-linear: J-shaped with a linear dose response relationship at high doses (the shaft) but a reversed dose response, beneficial (the hook) at low dose.  Over 10,000 experiments demonstrating hormesis and important therapeutic implications have been identified.4

High quality surveys of use of homeopathy have been conducted in 11 countries. Two surveys in the UK estimated annual use at 3.1% and 9.8%.5 Data from the Federal National Health Interview Survey analyzed by the Harvard Division of General Medicine and Primary Care, show that around 7 million Americans use homeopathy annually, with steady growth.  Users consider it more effective than nutritional supplements.6 Users tend to be female, well-educated with healthy lifestyles.7 In France 10.2% of the general population and 18% of children aged 0–4 years use homeopathy annually. 43.5% of French health professionals prescribe homeopathy, often alongside conventional medication.

In December 2017 1,176 clinical trials of homeopathy had been published. Details can be found on the CORE-HOM database: https://www.hri-research.org/resources/research-databases/.

“To conclude that homeopathy lacks clinical effect, more than 90% of the available clinical trials had to be disregarded.  Alternatively, flawed statistical methods had to be applied.” 15

In total 43 systematic reviews of homeopathy have been published.  21 were clearly or tentatively positive, 9 inconclusive.16 These proportions are similar to those for conventional treatments. Conditions with positive results include: allergies and upper respiratory tract infections,17,18 Childhood diarrhea,19 Post-operative ileus,20 Rheumatic diseases,21 (2 reviews),22,23 Arnica, 24 hay fever, 25,26 and vertigo.27

A multinational comparative effectiveness study led by the American physician Dr David Riley studied 30 doctors, at six clinical sites in four countries, treating patients with acute respiratory problems. Response at 14 days was 82.6% for homeopathy compared to 68% for conventional treatment. The rate of adverse events for conventional treatment was 22.3%, versus 7.8% for homeopathy. A replication of this study included 1,577 patients, improvement was significantly faster with homeopathy.31,32

A group at the Charité University Medical Centre in Berlin (the largest academic medical center in Germany) compared outcomes between homeopathic and conventional family physicians in 493 patients followed up for a year. The conclusion was that patients who sought homeopathic treatment had better outcomes at similar cost.33,34

In all comparative effectiveness studies of homeopathy, its integration into health care resulted in better outcomes for patients with improved safety. Those that included cost-effectiveness analysis showed no additional cost or reduced costs.

Physician and consumer confidence in the safety of homeopathy is justified. There is no evidence that homeopathic medicines cause serious or long-lasting harm.  A systematic review which included a comprehensive search of the English-language literature and enquiries with regulatory authorities, including FDA, concluded: “Homeopathic medicines may provoke adverse effects, but these are generally mild and transient.”36

There is a substantial body of research in homeopathy using animal models, human cells, plants, and other organisms.  The HomBRex database https://www.carstens-stiftung.de/databases contained details of 2,361 basic research experiments in December 2017. Of these experiments 89% reported at least one positive result. A review of biochemical, immunological, botanical, cell biological and zoological experiments on homeopathic dilutions found 98 replicated experiments with over 70% of replications positive.2

Arnica montana is one of the most used homeopathic medicines, for injuries and trauma.  A review of the clinical evidence, suggests it is effective post-surgery37 while its mechanism of action has recently been demonstrated by advanced genomic methods.38

Sceptics claim that there is no scientific evidence for homeopathy. This is untrue. Although, according to current scientific understanding, it is implausible that the very high dilutions used in homeopathy have effects which are not placebo, there is abundant evidence that they do. Several physical and physicochemical methods demonstrate that homeopathic dilutions have specific structural properties.

Homeopathy is geographically widespread and increasing in popularity. Research shows it to be safe and effective for a range of conditions.  Integrating homeopathy is associated with benefits including improved outcomes, less use of drugs including antibiotics, and economic benefits.

Director of Research and Consultant Physician at the Royal London Hospital for Integrated Medicine (RLHIM), part of University College London Hospitals NHS Foundation Trust, one of the largest academic medical centers in the UK, and Europe’s largest public sector center for integrated medicine. Fellow of the Royal College of Physicians, accredited in homeopathy and rheumatology. Member of the World Health Organization’s Expert Advisory Panel on Traditional and Complementary Medicine, involved in drafting its Traditional and Complementary Medicine Strategy 2014-2023. Editor-in-Chief of the international medical journal ‘Homeopathy’ and Physician to HM The Queen.

This article excludes reference to the 2015 review of the evidence on homeopathy conducted by Australia’s National Health & Medical Research Council (NHMRC), which is subject to a Commonwealth Ombudsman investigation for alleged procedural and scientific misconduct. As per the Shang et al (2005), the NHMRC study engaged in a process of retrospective and undisclosed data exclusion. Read more here.