Health benefits of Tai Chi: What is the evidence? 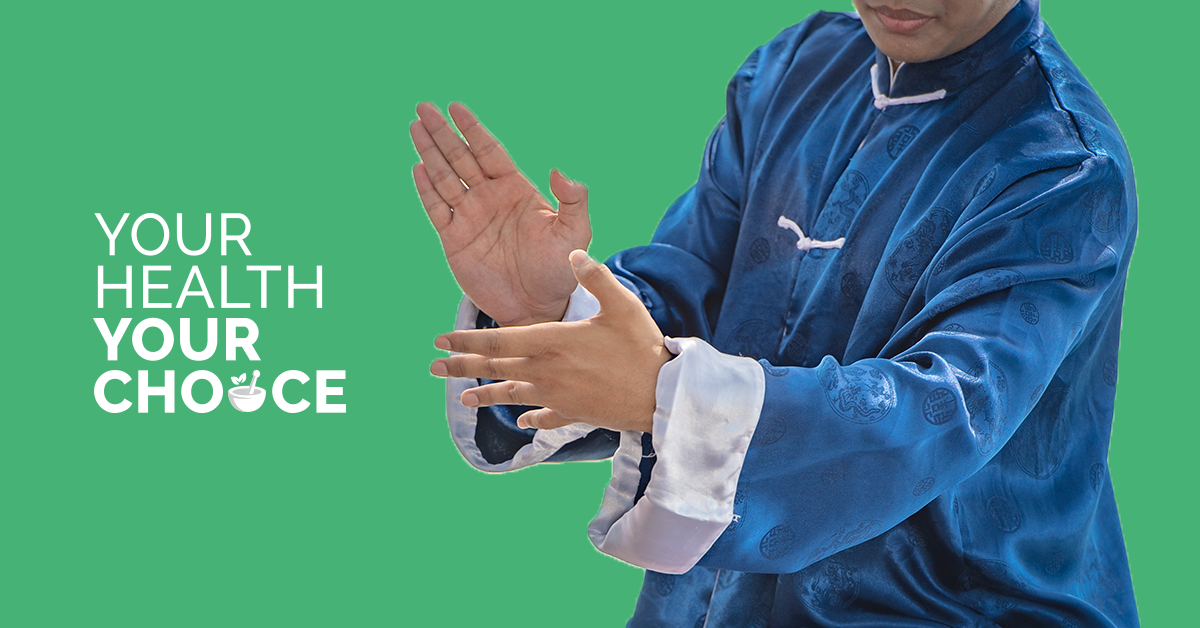 THE Federal Government has just axed the Private Health Insurance subsidy for 16 natural therapies including Tai Chi, a popular health and fitness exercise used in particular by older Australians. The Government has also taken the extra step of banning heath insurers from independently offering rebates if they wish. As well as removing public access to rebates, it has also resulted in other flow-on effects such as removal of evidence-based hospital services, for example Tai Chi for falls prevention in the elderly.

The official reason is a review of the evidence of Tai Chi conducted by the National Health & Medical Research Council (NHMRC) as part of the Review of the Australian Government Rebate on Private Health Insurance for Natural Therapies. This review concluded the evidence for Tai Chi was “uncertain”.

A conclusion of ‘uncertainty’ is in fact common in health reviews. Analysis by the prestigious British Medical Journal’s (BMJ) Clinical Evidence, Efficacy Categorisations (2017) shows that just 11% of 3,000 commonly used conventional treatments on the UK National Health Service (NHS) are known to be beneficial, with 50% of treatments of “unknown” benefit. Yet all such treatments still continue to be subsidised by Medicare and rebated by private heath insurers. A level playing field?

Since the NHMRC review was released in 2015, hundreds of new studies have been published on Tai Chi. The NHMRC review did not look at any research published after 2013 and is now years out of date. Why did the Federal Government exclusively rely on such old data?

A more recent and up-to-date review by the College of Family Physicians of Canada has concluded:

“There is abundant evidence on the health and fitness effects of tai chi. Based on this, physicians can now offer evidence-based recommendations to their patients, noting that tai chi is still an area of active research, and patients should continue to receive medical follow-up for any clinical conditions.”

It is worth looking at such recent research into Tai Chi that has superseded the NHMRC report, in addition to other international developments.

What does recent research into Tai Chi show?

Since the NHMRC assessment, a considerable body of research reporting positive health benefits for Tai Chi have been published. In 2015 alone, there were on average 15 new studies published each month. This includes reviews published by the Cochrane Collaboration – regarded as the ‘gold standard’ in health evidence reviews.

A recent Cochrane Review published on 31 January 2019 examining the evidence for exercise regimes for preventing falls in older people living in the community, has found that exercise mainly involving balance and functional training, including Tai Chi, reduced falls compared with inactive control groups. It found, “Tai Chi reduces the number of people experiencing falls (high‐certainty evidence) and may reduce the rate of falls (low‐certainty evidence) […] but we are uncertain of the effect of resistance exercise (without balance and functional exercises), dance, or walking on the rate of falls”.

This confirms the findings of an earlier 2012 Cochrane Review, which found Tai Chi reduces risk of falling in older people living in the community, whereas multifactorial assessment and intervention programmes reduce the rate of falls, but not risk of falling. Such robust findings not only confirm the efficacy of interventions such as Tai Chi but also their importance, since at least one-third of community-dwelling people over 65 years of age fall each year, with one in five requiring medical attention and around one in ten involving fractures.

“Tai chi mind-body treatment results in similar or greater improvement in symptoms than aerobic exercise, the current most commonly prescribed non-drug treatment, for a variety of outcomes for patients with fibromyalgia. Longer duration of tai chi showed greater improvement. This mind-body approach may be considered a therapeutic option in the multidisciplinary management of fibromyalgia.”

The NHMRC review of Tai Chi:

Published in 2015, the NHMRC review of Tai Chi only included trials published up to 2013 and was not peer reviewed. With scientific reviews usually updated every 2 years to stay current and relevant, the NHMRC report is now years out of date and not fit for purpose to inform health policy.

The NHMRC review of Tai Chi included 117 trials within 37 systematic reviews (reviews that summarise the findings of original trials), covering 16 clinical conditions. It is worth noting that although it concluded overall that Tai Chi “had an uncertain effect”, it also concluded “for 5 outcomes tai chi may have some effect”. This appears to have been overlooked.

By comparison, a more recent review by the College of Family Physicians of Canada published in November 2016 on the health and fitness benefits of Tai Chi included over 500 trials in 25 clinical conditions, accomodating the rapid growth in Tai Chi research. It found that systematic reviews of Tai Chi reported ‘excellent’, ‘good’ and/or ‘fair’ evidence in 13 specific conditions, as follows:

– “good evidence of benefit for depression, cardiac and stroke rehabilitation, and dementia”

– “fair evidence of benefit for improving quality of life for cancer patients, fibromyalgia, hypertension, and osteoporosis.”

While the Australian Government ignores positive evidence and removes public access to heath insurance rebates for natural therapies such as Tai Chi, respected medical bodies in other developed countries have acknowledged contemporary evidence and released evidence-based guidelines recommending the integrative use of traditional and complementary therapies.

For example, the American College of Physicians includes Tai Chi and a number of other integrative therapies (including yoga, massage, acupuncture and spinal manipulation) as a first line treatment for lower back pain.

“While there’s scope for more rigorous research on tai chi’s health benefits, studies have shown that it can help people aged 65 and over to reduce stress, improve posture, balance and general mobility, and increase muscle strength in the legs” and that it “can reduce the risk of falls among older adults who are at increased risk”.

Why has Australia ignored current evidence and international best practice?

The answer appears to be political.

In 2012 the Australian Labor Party Treasurer flagged ‘budget savings’ of around $32 million by removing the Government subsidy for 17 natural therapies. The Department of Health then tasked the NHMRC to review the evidence of 17 natural therapies as part of the Review of the Australian Government Rebate on Private Health Insurance for Natural Therapies, to provide a formal justification for the policy. The NHMRC conducted the Review after developing a unique methodology never used before or since by the NHMRC or any other agency or research group.

In November 2015, the Liberal-National Party signed off the report under advice from the Department of Health, without critical evaluation of its flaws, holistic impacts on the health (including hospital), education or research sectors; also without conducting any targeted cost-effectiveness analysis (which was specified in the Government Review’s terms of reference, but which was not actually done).

The approach taken highlights striking inconsistencies with how research evidence for traditional and complementary interventions is approached compared to conventional health research, raising questions as to how this serves the community’s best interests.

If you want to help save rebates, click here, share your thoughts and we will email them to Health Minister Greg Hunt, your state LNP Senators and if you reside in an LNP seat, your local Federal member on your behalf.