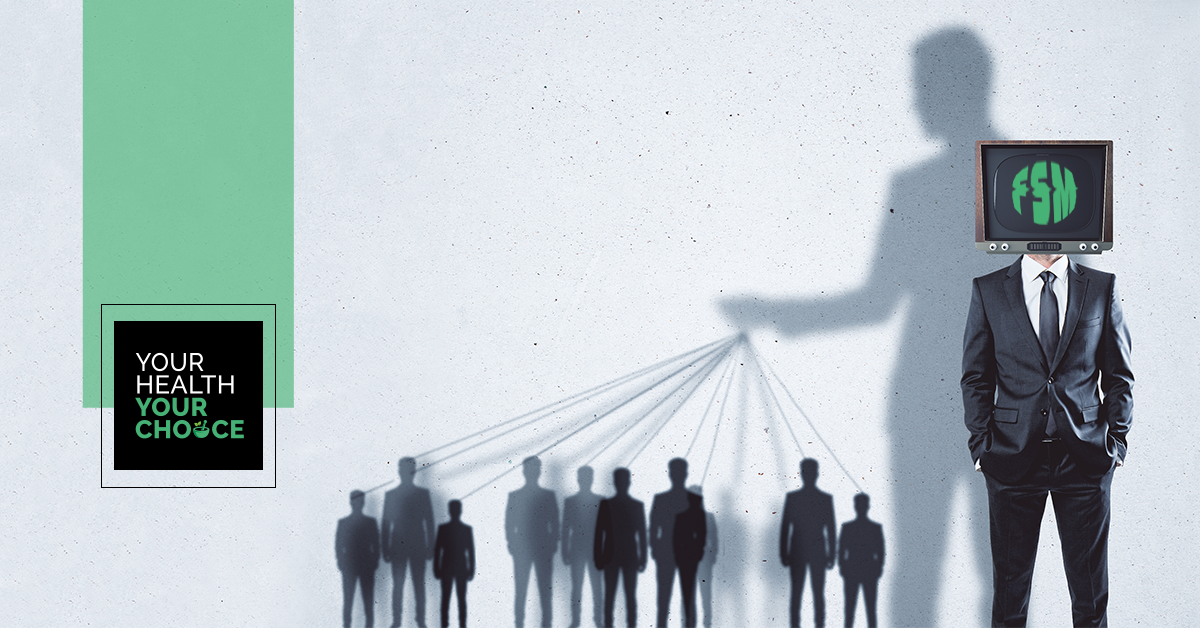 In Australia, the message that traditional and complementary medicine (T&CM) is ‘not evidence based’ compared to conventional medicine is mainly generated by minority groups such as ‘Friends of Science in Medicine’ (FSM), an anti-natural medicine lobby group that adopts the position, “There is no alternative to Medicine” [1].

Does such extreme language embody respectful and professional scientific debate, or divisive rhetoric by a group seeking to dictate what health care options Australians’ can and can’t access, irrespective of their cultural and democratic rights to use whatever healthcare works for them?

A formal study critically analysing FSM’s media to determine if power and ideology are deployed in their representation of T&CM concludes [2]:

“The Friends of Science in Medicine represent complementary medicine through a strategy of rhetoric and argumentation that contradicts the literature. Their discourse is symbolic and derives from a power-based ideological perspective that forms the basis for promoting exclusion of complementary medicine from university education and primary health care….”

A more recent Griffith University study examining factors behind the predominance of the FSM voice in Australian media reports, notes in relation to the group’s activities [3]:

“These include the group’s own carefully directed strategic communication activities that satisfy news values and provide ‘packaged news’ to time-poor and resource-poor journalists with whom they may nurture relationships more effectively than other claims-makers.”

FSM’s polarised stance and social rhetoric has resulted in several professional groups, including the Australian Medical Association (AMA), stepping away from the group over concerns that it has exceeded the boundaries of reasoned debate and compromises the scientific values it claims to support.

FSM has manufactured a false perception that ‘conventional medicine is evidence-based’ whereas ‘T&CM is not’. This not only contradicts a large body of positive evidence supporting T&CM practices, but also overlooks the fact that only around 11% of conventional medical treatments are underpinned by adequate evidence.

Many therefore feel that FSM should instead focus its attention on attending to deficiencies in its own backyard, rather than inventing a war against natural medicine that serves no-one and no-one wants.

What the public wants is for health practitioners of all persuasions to work together in an integrative manner to best serve their needs. This is a hallmark of progressive healthcare systems and congruous with Australia’s obligations under the World Health Organisation (WHO) Traditional Medicines Strategy 2014-2023. .

Do Australians that use natural therapies ‘lack health literacy’?

In November 2018, FSM issued a media release titled ‘Australia gets immunised against pseudoscience’, in relation to the removal of health fund rebates for what it described as, “anti-scientific alternative modalities” [4] arguing,

“with health literacy in Australia hovering around 40% of the population, it easy for pseudoscientific practitioners to make misleading claims about worthless or even harmful treatments.”

Members of the group appear to be blind to the diatribe inherent in the language they use towards their fellow health professionals.

FSM co-founder John Dwyer has also stated, “Australian consumers are particularly vulnerable as we have one of the lowest rates of adequate health literacy in the OECD; only 40 per cent of us have adequate knowledge of how our bodies work, the relationship between lifestyle factors and illness and how to get the most from the evidence-based health system. Knowledge breeds the informed scepticism that can minimise harm from healthcare fraud.” [5]

But do Australians that use natural therapies really lack the required intelligence to make informed health choices, as FSM believes, and is this view in fact evidence-based?

The only way to answer this question is by examining published research literature in this area – a principle that FSM says it values and upholds.

What does the evidence actually say about natural medicine users?

Researchers who have formally surveyed the community’s use of complementary medicine and natural therapies have consistently found, both in Australia [6] and internationally [7], that most users of natural medicine tend to be women, middle aged and more highly educated.

If FSM claims that Australians with low health literacy are vulnerable to making poor health choices, then this does not appear to apply to users of T&CM – that is if you base your conclusions on peer-reviewed research evidence (science) over opinion.

Contrary to FSM’s claims, recent survey results from 2018 shows that Australian consumers (around 70% of which use T&CM) generally have a healthy understanding when it comes to health literacy [8]. Some key survey outcomes include:

– 97% of people strongly agreed (23%) or agreed (74%) that they had sufficient information to manage their health.

– 93% of people found it always easy (39%) or usually easy (54%) to understand health information well enough to know what to do.

“There are in fact two things, science and opinion; the former begets knowledge, the latter ignorance.”