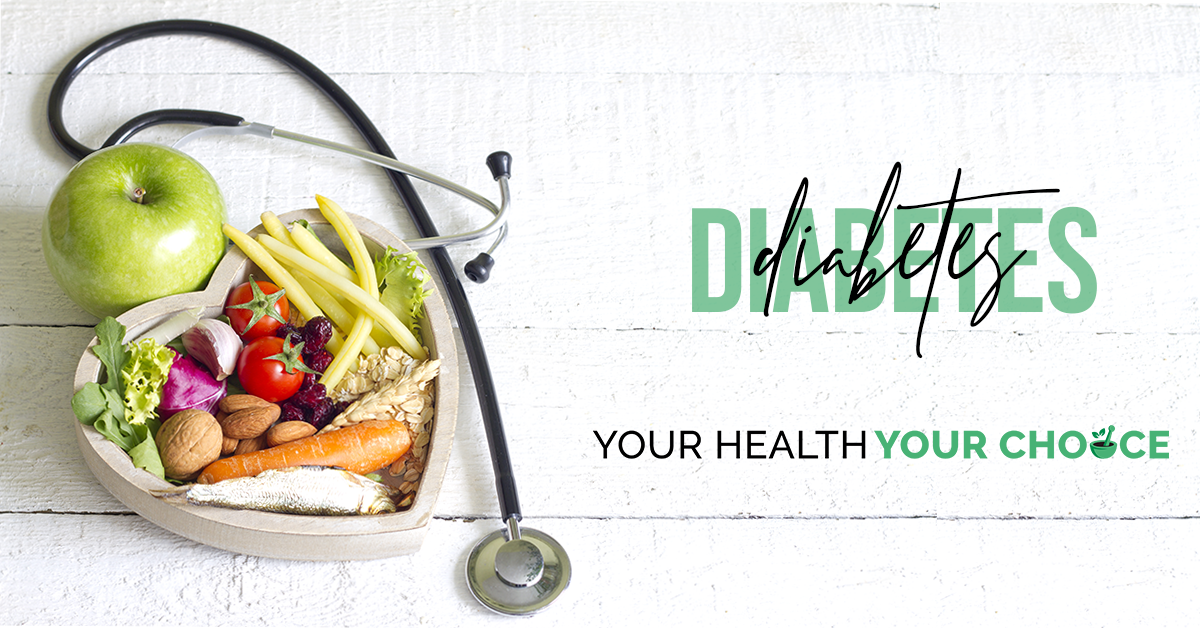 The global prevalence of diabetes is high and rapidly increasing. Current figures show that 280 Australians develop diabetes each day. That’s one person every five minutes.

Aboriginal and Torres Strait Islander people are almost four times more likely than non-Indigenous Australians to have diabetes or pre-diabetes.

When it comes to diabetes, what you don’t know can most definitely hurt you. Are you carrying weight around your middle, do not do any exercise, eat refined carbohydrates, or smoke? If so, then you may be at serious risk of developing diabetes. Unfortunately, symptoms take many years to emerge and therefore early diagnosis may not occur.

Diabetes occurs when the pancreas cannot make insulin, or when there is not enough insulin, and/or the insulin produced does not work effectively. Insulin is essential for rapidly moving glucose from the food we eat out of the bloodstream and into the cells to be used as energy. Glucose left in the blood stream for too long will damage blood vessels leading to serious cardiovascular disease.

Not much has been written about the mental and emotional effects of this devastating disease. Up to 50 per cent of people with diabetes are thought to also have a mental illness such as depression or anxiety. People with depression may find it harder to deal with everyday tasks. Over time, managing diabetes (regular blood glucose testing, taking medication, following a healthy eating plan and regular physical activity) can be exhausting. This may increase a person’s risk of depression, which may, in turn, lead to their usual diabetes care being neglected.

Given the life-threatening complications of diabetes that can lead to severe disability or premature death, strategies aiming to prevent the disease are of major public health importance.

There are three types of Diabetes:

Type 1 diabetes is when the pancreas cannot produce insulin because the body’s immune system destroys the insulin-making cells (beta cells) in the pancreas. This stops the pancreas from making insulin, which the body needs to use glucose for energy.

The exact cause of type 1 diabetes is not yet known. Evidence points to genetics as a possibility along with suggested environmental triggers including viral infection, vaccines, low levels of vitamin D, and increased insulin demand.

In type 2 (or adult-onset) diabetes, the most common type, your pancreas makes some insulin but not as much as your body needs, or it does not work effectively, or a combination of both. This leads to high blood glucose levels (hyperglycaemia).

An estimated 2 million Australians are at high risk of developing type 2 diabetes and there are also large numbers of people with silent, undiagnosed type 2 diabetes which may be causing damage to their bodies.

Gestational diabetes occurs in pregnancy when some of the hormones produced by the placenta reduce the action of the mother’s insulin. This is called insulin resistance and leads to the pancreas needing to produce extra insulin to keep blood glucose levels in the normal range. If the pancreas is unable to produce enough insulin, blood glucose levels rise, and gestational diabetes develops.

This does generally resolve after baby is born. However, it may increase risk of type 2 diabetes down the track.

Are you burning or storing energy?

Diets high in processed carbohydrates such as white bread, past, sugar etc., directs the body to store calories as fat rather than burning the energy to support body functions. This high glycaemic eating pattern causes insulin and glucagon to become unbalanced, causing excess insulin, raging hunger and sluggish metabolism.

Changing your eating pattern to include healthy fats, vegetables, and fibre and excluding processed carbohydrates will help regulate weight and increase insulin sensitivity thereby burning more calories instead of storing them as fat.

Diabetes is a complex condition that affects many parts of a person’s body. It can also impact on a person’s mental health. The potential complications of diabetes are the same for type 1 and type 2 diabetes.

– Diabetes is the leading cause of preventable blindness in Australia

– Amputations are 15 times more common in people with diabetes

– More than 30 per cent of people with diabetes experience depression, anxiety and distress

Goals of nutrition therapy for Diabetes:

Because many people with type 2 diabetes are overweight and insulin-resistant, nutrition therapy should emphasize lifestyle changes that result in reduced energy intake and increased energy expenditure through physical activity. These changes should be implemented without delay.

Vitamin D status appears to play a role in the development and treatment of diabetes.

Vitamin D is thought to regulate insulin production in the pancreas and also increase the body’s sensitivity to insulin and thereby improving blood glucose levels. According to epidemiological data, vitamin D deficiency is as widely spread as diabetes and prediabetes, a chronic pandemic.

According to Danescu et al., “both animal and human studies support the notion that adequate vitamin D supplementation may decrease the incidence of type 1 and possibly also of type 2 diabetes mellitus and may improve the metabolic control in the diabetes state. However, the exact mechanisms are not clear and need further investigation.”

Which diet is the best for Type 2 Diabetes?

A number of dietary interventions have been explored with varying degrees of conflicting evidence and inconsistent results. What experts agree on, however, is that there is no ‘one diet fits all’ and only an individualised approach to nutrition will bring about positive outcomes.

The Mediterranean Diet is considered the gold standard for a diabetic diet as it is nutrient-dense, easy to follow, highly palatable, and cardio-protective. It is low in red meat, sugar and saturated fat, but high in fruit and vegetables, healthy fats, nuts, seeds and legumes. Combined with a healthy lifestyle, the diet offers diabetes prevention by improved body weight, insulin sensitivity and glucose regulation. Some studies suggest that this diet may also have a favourable effect on the liver and sexual function of diabetics, however further research needs to confirm this.

Resistant starch is a carbohydrate that resists digestion in the small intestine and ferments in the large intestine. As the fibres ferment they act as a prebiotic and feed the good bacteria in the gut. is known to slow digestion, reduce abdominal fat and cholesterol, and inhibit inflammation. Some studies show it improves fasting glucose, fasting insulin, insulin resistance and sensitivity, especially for overweight diabetics. One longer-term study claimed that resistant starch is effective only when used in conjunction with a low carbohydrate diet.

Caution must be observed as this diet can be very effective at lowering blood glucose and patients on diabetes medication (particularly sodium glucose co-transporter 2 inhibitors) who use this diet should be under close medical supervision, or capable of adjusting their medication to prevent diabetic ketoacidosis. Also, it is a difficult diet for people to adhere to and the long term effects of drastically reduced dietary carbohydrates are not yet known.

There are also a plethora of studies that show that maintaining a relatively high-carbohydrate, low-glycaemic high-fibre diet (vegetarian, vegan) results in beneficial long-term effects. Such diet patterns deviate less drastically from our normal eating patterns and are easier to implement in the long term as opposed to the LCHF diet.

Ultimately, any diet type resulting in reduced energy intake will result in weight loss and related favourable metabolic and functional changes. Please see your health practitioner for support and advice.

Diabetes Australia and SANE have developed a booklet ‘The SANE Guide to Good Mental Health for people affected by diabetes’ which explains the relationship between diabetes and mental health and what you can do to look after yourself.