BREAKING NEWS: National Award for Your Health Your Choice campaign 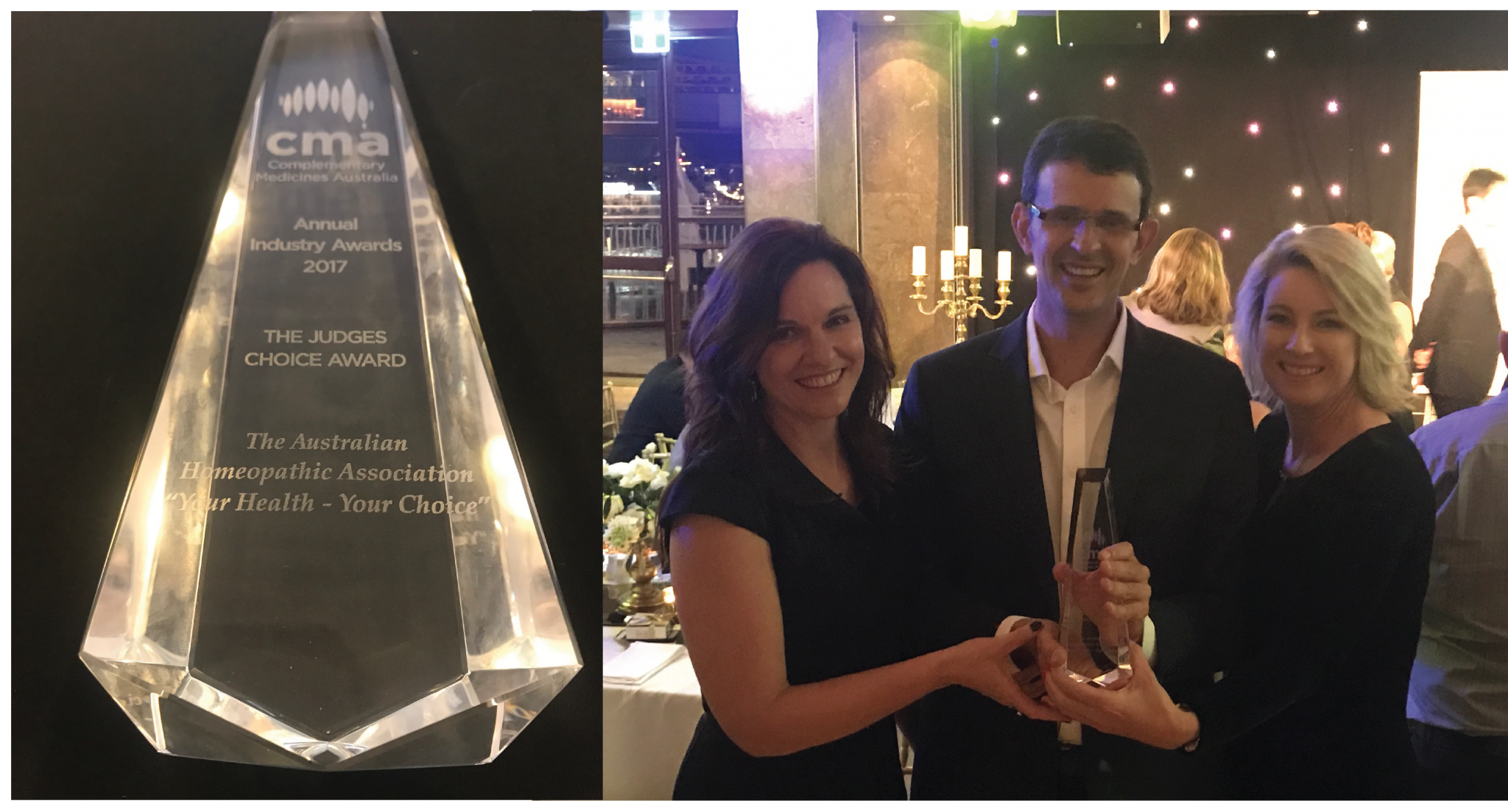 Your Health Your Choice is now a national, award-winning campaign after taking out the Judges Choice Award at the 18th annual Complementary Medicines Australia awards in Sydney overnight (Thursday, October 26, 2017).

The campaign is Australia’s largest effort to unite consumers, practitioners, industry groups, and suppliers to protect your right of choice in healthcare and safeguard access to natural medicines.

An overwhelming 32,000 Australians have joined Your Health Your Choice in just two weeks, after the Federal Government cut natural therapy rebates for private health insurance.

Now, more than 52,000 people show as having joined the campaign.

Your Health Your Choice calls on the two in three Australians who use complementary medicines and/or natural therapies to sign a Senate Petition to expose why the Government is ignoring positive evidence that natural medicines are effective.

The Australian Homeopathic Association manages the campaign which was created by Australian media expert, Leisa Goddard and her team at Adoni Media.

It took only weeks for Your Health Your Choice to be listed on the Federal Health Department’s “current issues” list.

Your Health Your Choice spokesman and President of the Australian Homeopathic Association, Gerry Dendrinos, accepted the award.

“I think in 14 weeks we have had 52,000 people sign up to the campaign. A campaign that is owned by all of you and together we protect the rights of people to protect their health,” Mr Dendrinos said.